on March 06, 2017
My better half is out of town for the week, which makes me, at least temporarily, a swinging bachelorette.

In the early years of our marriage, I would use his work trips to cook and eat the foods he hates.  Namely, tuna casserole.  I make a good one.  Yes, it's fundamentally kind of gross, but I don't care. I like it.

If that wasn't in the mix, there would be nights I ate cookie dough or brownie batter for dinner.  I don't know *how* I got fat.  Heh.

Anyway, my primary objective for the week is to declutter as much as humanly possible.  I cleaned our bedroom, and it's a brand new oasis.  I want the rest of the house to feel the same way.

That said, it looks like I'm having dinner with friends tonight, and that's good - except that I have to go let the dog out, feed her and get her settled in.  Not a huge issue, but gotta give my pup priority.

I'll also get to watch some crappy TV.  Don't get me wrong - I like hockey, good movies and so on - but sometimes, I need a steady diet of crap.

Speaking of, I saw this at the store yesterday, and I kind of wanted it.  Like, a lot.

Anyway, I enjoy the television equivalent of these cereals.  House Hunters, Futurama, Shark Tank and even the occasional episode of The Bachelor.  They did this mini-version called Bachelor in Paradise that was such garbage and it sucked me in...

So in between cleaning, purging (closets, not my meals), dinner with friends, and canine care, I'll make room for some crap TV.

I have mentioned on here that my mother has been seeing one of her neighbors.  Yesterday, I put a picture of them up on Facebook, and I was delighted that nobody said anything negative, but LOTS of people said positive things.  So, that's good.

This is the picture... 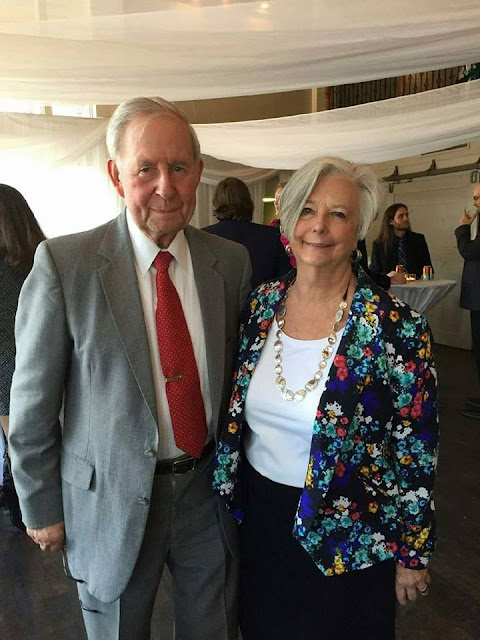 OK, OK - they are pretty damn cute together, no?

Back in the day, I used to look like Mom.  I mean, there's still a passing resemblance.    But then, I look a little like Dad, too.


And then, plenty of rando thrown in for good measure...

So, I'll end this with a story that combines both Dad and The Bachelor.  Yes, believe it or not.

Right after Matt and I got married, I decided I wanted to have EVVVEEEEERRRRRYBODY come for Thanksgiving.  So, my sister was going to fly into Atlanta and drive up with Mom and Dad.  Her husband was deployed, and so, it was a little tense.  Anyway, it's Monday or Tuesday, my parents and sister are still in Atlanta and I'm at Frugal MacDougal - our local massive liquor store.  I am buying the alcohol for our weekend, and I come to the cognac.  I don't know anything about cognac.  I know Calvados is excellent, but that I don't have that kind of money.    So I pull out my cell phone and call Dad.

He picks up on the second ring and says, "We can't talk now - he's about to give away his last rose!"  And he hung up.

I stood there in the middle of the liquor store laughing so hard I'm crying.  He calls me back about a minute later, and I run him through the cognac options.  I buy a small bottle of Martell, which, if I remember correctly, sits in our liquor bucket still.

Quick sidebar - my sister, the Christmas we were engaged, gave me and Matt this stainless steel tub, engraved.  It was to put ice and drinks in for fancy parties.  We use it to store our liquor in.  We have a lot of liquor.  More than a bucketful.

Anyway, turns out he and Laura had, in fact, been watching The Bachelor.  Now, I'm not sure if he had seen it before, but his understanding of the mechanics of the Rose Ceremony seemed like they were not those of a novice.  So, we may never know.

I will say, Dad loved television.  For the last decade of his life, he watched quite a bit of it.  In fact, once I asked him what had happened in his lifetime that was the biggest advancement.  I was sure he'd say computers, or medicine, or civil rights.  But he said, "Television.  It looks so good, and there's so much of it."

Once when he and Mom came up for the weekend, he sat in front of our flat screen TV and noted how ridiculously big it was.  Two weeks later, he bought the same damn one.

Clearly, I have a little Dad on the brain.

Christopher said…
Technically Futurama is quality entertainment. There's at least one mathematical theorem developed from a Futurama episode and even though math is my mortal enemy that sounds impressive. Anyone who disagrees is a Grunka Lunka.
But when spouses are away is the best time to eat garbage and watch junk, or vice versa, but I'm not sure I want to know about the special Lucky Charms.
One box each of the Monster Cereals in October is enough for me.
March 7, 2017 at 2:06 PM