South Park, Meatloaf and Me

on October 07, 2016
So, I still remember watching the first season of South Park.  I was dating Rusty, at the time and we would sit in his apartment and binge on The Simpsons, fried chicken and South Park.   When it first came out, my father HATED it.  Thought it was crass, lewd and tasteless.  He was right-  that's why I LOVED it.  Then around Christmas, I heard him quoting the Mr. Hankey episode with a hearty, "Hidey Ho!!!".  Like me, Dad was onboard.

I watched an episode, dubbed in French, while in Paris.  It's one where Eric is trying to figure out who his father is.  He's having a tea party with his toys, and the doll, named Polly Prissypants is dubbed as Polly Petitpois (little peas) in French.

And although I would watch it off and on over the years, I've seen more than I haven't.

Nine years ago in Munich, there was an episode dubbed in German that I had never seen before.  It was a Christmas episode where the woodland creatures turn out to be Satanic.  It was bizarre.  And since I don't speak German, it was really, really bizarre.  Matt helped me figure it out, more or less.

This season of South Park is starting off really well.  It involves the election, quitting social media, protesting the National Anthem and...

So, about halfway into the first episode, we're introduced to this new "super fruit" that some of the folks have been taking to mellow out.

They're these cute little clusters of fruit that talk.  And they remember things from the past that are pleasant:

There's something about their sweet (vaguely malevolent) nostalgia that kind of hits me right in the gut.

In a quasi-related tangent, I learned that my mother doesn't like meatloaf.  Whereas, it's something that I love.  I learned how to make it from watching Dad.

And so I spent several days thinking, in the voice of the cartoon, "Member when Dad was still alive?"

So, I am pulling myself out of a funk.  Mostly, that involves getting plenty of sleep, and trying to eat better and spending time petting my dog.

And watching some TV.

In addition to South Park, I'm currently obsessed with Blackish.  If you're not watching it, I highly, highly recommend you start.  If for no other reason, the young actress who plays Diane.  Her name is Masai Martin and she slays it. 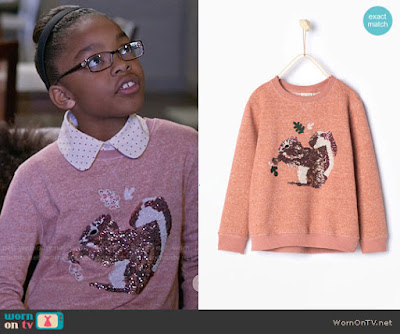 Also, whomever costumes that show is the bomb.  I want it all.  All of it. 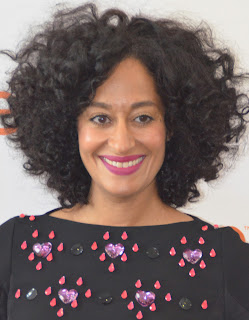 But to be fair, I am not the offspring of Diana Ross.  It's fine - we play the hand we're dealt.

I guess that's kind of it from me for the moment.

Big weekend - Matt and I are getting all dolled up and going to a wedding at Schermerhorn Symphony Hall.  I'm pretty stoked.  I've got a fresh mani-pedi, Matt's suit is pressed and I need to shave my legs...

Be well and happy.