I'm trying to get things a little organized while I'm in town this week.  I went to the dump, I started a box for Goodwill.  I ate some tuna casserole.

I will be doing some baking for a weekend gathering.  I've been trying to decide what, exactly, and that's kind of a pain - it turns out I prefer cooking, where I can wing it a little more - baking is like Chemistry, cooking is more like Modern Dance.

I took Modern Dance in college as one of my Physical Education credits.  I ended up with a couple of girls in my sorority in there as well as a friend of a friend (a guy) and it was... it was OK.

I remember that the teacher had a nice normal name like Sandra Drake, which is how it appeared on our schedule, but on the first day of class, she told us her name was Bala Saraswati.

Now, the original owner of that name was a famous dancer (http://www.balasaraswati.com/).  So it would like signing up for a rec league basketball team and the Coach, Ernest Williams walks in and says, "I'd like for you to call me LeBron James."

Umm.  Whatever.  I thrashed and flailed to Enya for a term, and passed P.E.

My other credit came from a Badminton Class.  I got into it with the instructor day one when she said, "Oh, you're left-handed, well, that's the first problem."  I told her that my being left-handed was in fact, not a problem, and that she could think of it as a challenge for her.

I was such a mouthy little asshole.  Well, I am still.  But I was, even then. 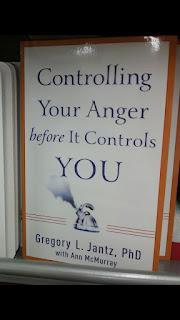 Anyway.  I like to cook.  I was relatively indifferent to Modern Dance.  What I do remember is that there was a bus that stopped just outside the dance building that pulled up about three minutes after class let out, and that if I didn't get that one, I'd be waiting for another half hour.  So there were some pretty impressive feats of speed - I managed to throw on a pair of shorts over my leotard and tights  - this is well before yoga pants were a thing, and we were required to have them for class - so I'd throw on a pair of Birkenstocks, a pair of shorts and run like hell for the bus.  I had long since given into wearing my backpack with both straps - but I know how ridiculous I looked.  Who cares.  I got back to my sorority house that much sooner.  I ate lunch, took a nap, went to Glee Club.

Things were easier back then.  In some ways.  I mean, I got home from Modern Dance and lunch was waiting for me.  Lotta grilled cheese and tomato soup.

But, to be fair, I was also taking plenty of Prozac, meeting with a therapist once a week, and feeling a general sense of dread because I didn't fit in.  I went home a lot of weekends just to sleep and recharge my extremely drained batteries.

So in some ways, things were more difficult.  I mean, I'm still taking meds and seeing a therapist, and I feel like I don't fit in.  But after 20 years, I think maybe I'm better at it. And I don't sleep the whole weekend.

Anyway.  I am going to the post office, and Belk and maybe get some Chick-Fil-A.

I'd give anything for a huge plate of grilled cheese and Campbell's tomato.

Chuck Baudelaire said…
I took Aerobics for my PE credit in college (of course, it was the 80s), mainly because it was non-contact, it involved music, and it was an evening class, i.e., 90 minutes when I wasn't holed up in my dorm room eating Pop-Tarts. One of our assignments was to create our own routine and teach it to the class. Mine was the best one...no, really, it was. If you ever listen to Dire Straits' "Walk of Life" and feel like moving, I can teach you the steps.
August 23, 2016 at 7:17 PM