on June 07, 2016
So, a few months ago, I agreed to help some folks at work.  They were building a safety course on what to do in the event of an Active Shooter.

It's sad that we live in a world where that's necessary.  But we do.

I did it for a few reasons: I like the people who were in charge of it, I thought it would be a nice way to support them, and mostly... gore makeup.  I am a little too excited by gore makeup.

My only thought is... I should've worn Spanx.  Double Spanx.

I will avoid putting any of the gory images up here, though there are PLENTY.

I will put up the image of me hiding under a table in a barricade conference room. 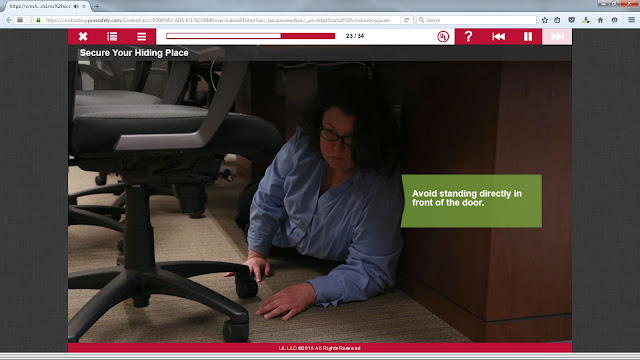 Terror on the Sixth Floor!