The premise of the show is simple.  A plane lands, on an island.  Mr. Roarke meets the plane, and briefly states the reason each exiting guest has come to visit.  They usually want love, or beauty or wealth, or power.  And thanks to the machinations of Roarke and his little helper, Tattoo, the guests find that they whatever they needed all along, they just weren't paying attention, or maybe they just needed a little magic or whatever.  But they leave the island having learned a lesson and/or a little better off than when they arrived.

Ok, that's not every episode, but close enough.

The beauty of it back in the day was that it was a cavalcade of network stars.  In the few hours I had the show on in the background, I saw all three Brady Sisters (Maureen McCormick, Eve Plumb and Susan Olsen), Happy Days' Ralph Malph, and at few people who I couldn't identify by name, but was "that guy who was in everything".

Here's how my visit to Fantasy Island would play out. 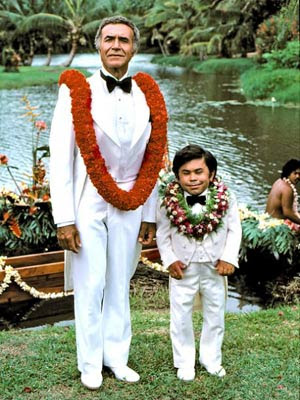 [The guy who played Carmine Ragusa in Laverne and Shirley exits, left] 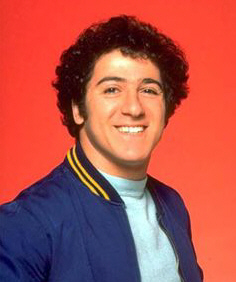 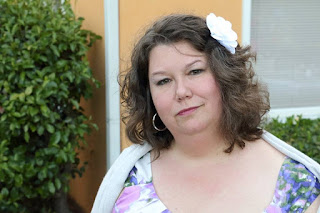 Tattoo: How do you mean, boss?  Like, cosmetic surgery?

Roarke:  Ha, ha - no Tattoo.  You would think, but no.  She wants new counters in her kitchen.  And a bathroom remodel.

Roarke:  Well, Tattoo, it's expensive.  And she is never home to do it herself.

Tattoo: So she's spending her vacation here instead of doing a DIY project at home?  I don't get it, boss.

Roarke:  I don't either, Tattoo - but get some more fruity rum drinks in her and she won't give a shit about a fully tiled shower with rainfall showerheads.  We can't help it that her fantasy life is a real cockshrinker.  Now, moving on to the next guest...

Tattoo:  Is that Tootie from The Facts of Life?

Roarke:  Yes, but for the next hour we are to believe that her greatest desire is to reunite with her long lost sister and form a singing duo.