on January 08, 2016
One year ago, almost to the day, I had what I consider a complete meltdown.

We had our weekly departmental meeting, and I, consumed with fatigue, grief and, let's face it, anger, lashed out during the meeting.  Several days later, I'd have to eat a little crow with my boss over it, but at the time, it felt justified and righteous.  And honestly, as it turns out, I was right about some things.  More on that in a minute.

I got in my car that night and called our Employee Assistance Program to freeform bitch a little about everything that was bothering me, and I remember telling the guy (Dave?) that I wanted a dog, and that a dog would solve EVERYTHING.

I was agitated in this meeting because we had been told that or 98% of the goal wasn't good enough, and that we didn't celebrate partial victories.  My immediate thought was that I got on a flight to Anchorage the week after my father died and that the big boss could kiss my fat, grief-stricken ass.

The other irritant is that the company made a ton of changes right at the first of the year and we were told to just keep working and not let the changes derail us, because they didn't really mean anything to us personally.  To which I said, "Then what's the point of making changes if they don't in some way mean something." I also prophesied that the changes weren't going to fix anything and that we'd be in the same meeting next year with more changes.

Or something like that.  I kind of lost my shit.  I was in a lot of pain.  And as they say on afternoon headshrink talkshows, "Hurt people hurt people."

Anyway.  I remember clearly crying in rage and frustration in my car to Dave, who basically told me that they weren't going to fire anyone incompetent, even if they deserved it, and that I did not need to get a dog.

So, here we are, a year later.

I got a dog.  She didn't solve everything.  But damn if she doesn't love me and give me a daily dose of joy.

I got a therapist.  He's helped me get through a year without  beating anyone senseless.

They did not fire anyone incompetent, and guess what!?

Here we are a year later, and we're just doing another fruit basket turnover. 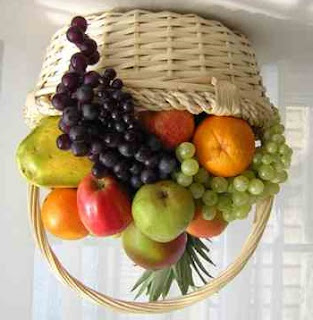 Again, we were told to just keep working, that nothing has changed.


Fool me once, motherfuckers.  Suck it, Dave.

Bill the Butcher said…
A year ago I was planning to kill myself. Now...I am still here.