on April 20, 2015
There was a time that Anne of Green Gables played nearly constantly on PBS - it was a staple of pledge drives.

I also remember that one of the gentlemen who had a cabin up in the mountains once told me and my sister we were welcome to come over any time - he had the whole series on tape.

One year for New Years Eve, I rented the damn thing and watched it all, greedily.  In fact I didn't actually *read* Anne of...everywhere until after I'd seen the TV movie.  Which is totally fucking great.

I think we all relate to Anne - we all know we are more than the sum of our parts, and we're waiting on our lucky break. I think we all wish we had a bosom friend as dear as Diana, and that we had a Marilla and a Matthew who raised us with love and structure and surprised us with the perfect dress with puff sleeves when we weren't expecting it.

And I think we all wish there were someone who loved us with the fierce devotion of Gilbert Blythe.

It's Gil that I'm here to talk about.

Jonathan Crombie, the actor who played him, and let's be honest, WAS Gilbert Blythe, on the PBS movie died last week.  And with him, thousands of crushes from devoted young women (and probably young men) the world over. 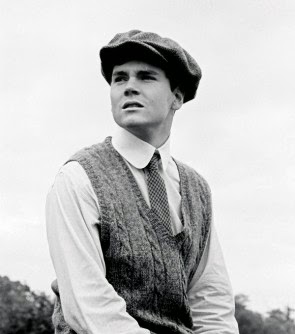 It would be impossible for any of us who watched the movie to see anyone but Crombie as Gil.  Now, it's worth noting that about eight years ago,  I got to see him in another role.  The lead role of Man in Chair in the Broadway Musical The Drowsy Chaperone.

And he was wonderful. 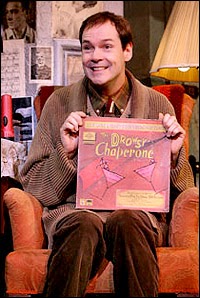 But even then, I was taken back to my youth, and the wistful longing that someone out there, someone cute, and smart, and sensitive - someone who sends violets to your graduation - would love me with the stalkerish, violet-sending devotion of Gilbert Blythe.


Anyway, everything I've read indicates that he was a standup guy, loved being Gil and loved life.

And we loved him.  And we'll miss him.