Friendships true, we offer you, you, you...

on March 26, 2015
This weekend my sorority, Sigma Kappa, celebrates its 50th Year on the UGA Campus.

To give you some context, while that is a big deal for my chapter, within the sororosphere at UGA, we're spring chicks.

When I was in school there was an 18th sorority.  It closed due to low numbers for a few years, and it (Delta Phi Epsilon) comes back this year.  The next year, UGA gets its first new sorority in 34 years (Alpha Phi).

So, anyway - 50 years at UGA is pretty amazing.  Especially because, let's get real - UGA is steeped in Southern Tradition.

Sigma Kappa was founded in Waterville, Maine in 1874.  It doesn't have the ginormo national presence of a Zeta Tau Alpha or an Alpha Delta Pi.

How I ended up as a sorority girl is kind of a long story.  I registered for Rush at my parents' behest, so that I'd meet people.  I remember going to the post office at the very last minute to mail my registration, including 18 copies of my senior picture for them to pore over and reject.  I ran into the mother of a classmate who was also going to UGA, and who herself had been in a sorority.  I didn't register her pity at my lack of prep.

Anyway, I've likely regaled you with my less than stellar success in rush.  I got cut super hard.  Although, at the time, I didn't realize it, and it didn't stress me.  There wasn't a house on my lists I wasn't happy to see.

My last round, I ended up at two houses, Alpha Gamma Delta and Sigma Kappa. They had both been high on my list all week, but Sigma Kappa was numero uno from the start, and I put them first on my list.  And they put me first(ish) on theirs.

Truth be told, they had a terrible rush that year.  There were a dozen of us on bid day.  Where the average pledge class size was about 70.

But they, and we, worked hard and did some informal rush events and ended up with about 25 of us on initiation day.

And then we added a Spring class of another 20.

We were the little sorority who could.

That next fall it was the turning point.  We added 82 new members.  Cute, smart, funny girls - and all of a sudden, we were in business.

Nowadays, Sigma Kappa at UGA is a force to be reckoned with.

All weekend, there are killer parties and receptions and luncheons...and I'm sorry to say I won't be there.

I have another commitment.

Since I can't be there, I'll share a picture of me and Amy. She's my big sister in the sorority, and the first person I met at Sigma Kappa.  I liked her, and the sorority, because when I mentioned that my grades, and getting into Journalism school were extremely important, she told me she was pre-law, and then introduced me to their scholarship chair.  A lovely girl named Hiroko.  A Japanese-American raised in Tifton, GA.  Oh, that accent...

Anyway, here's me and Amy: 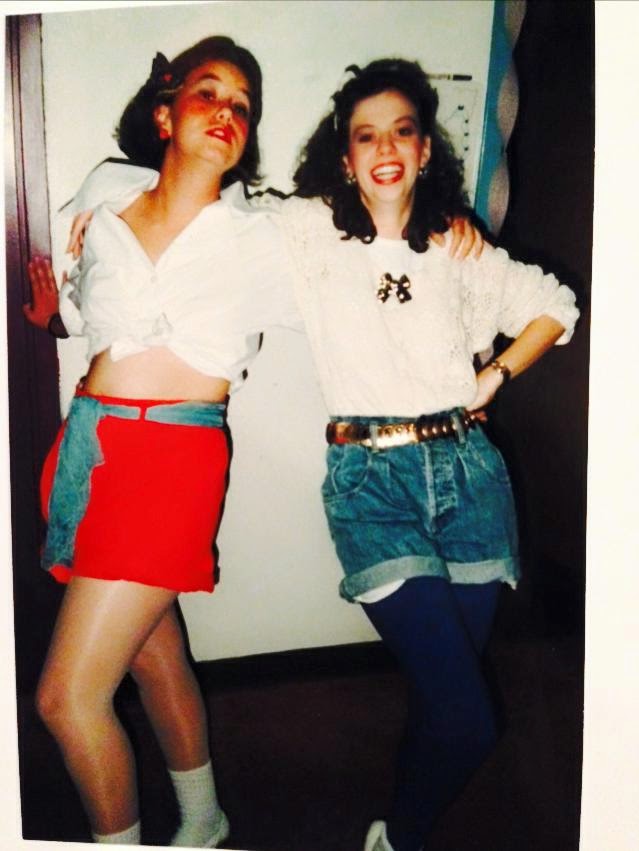 This is from a Tacky Party.  I want to point out how fucking skinny I was.

Seriously.  I wasn't even doing coke or anything.

Amy, by the way is a lawyer, married to her college sweetie with two gorgeous kids.

We have women who went into the military, stay at home moms, actresses.  Three from my time have died.  Cancer, heart attack and ...mysterious circumstances.

Lots of babies, tons of weddings, and a few divorces.

I savour, lead to I found just what I used to be taking a look for. You've ended my 4 day long hunt! God Bless you man. Have a nice day. Bye americanexpress.com login
November 8, 2017 at 9:40 PM