I watched the episode hosted by Jim Parsons the other week and I was left with a feeling of ... meh.

I think Taran Killam is delightful, and I love Kenan Thompson (who, like me, hails from Atlanta, GA).  The gal that does Ellen Degeneres is funny, too.

But it's not funny like it used to be.

And by that, I mean the Radner/Murray/Ackroyd years, the Murphy/Short/Louis-Dreyfus years, and of course, the Carvey/Hartman/Lovitz/Nealon/Sandler/Farley/Spade/Meadows years.  And, I'll be honest, I loved the Fey/Poehler/Fallon/Hader/Myers years.

I love Will Forte, I thought Maya Rudolph was a hoot.

I love that they currently have a woman of size on there, after getting rid of Casey Wilson a few years back because she was fat.  I'm annoyed that they made a mercy hire of a black woman, after Kenan said, "No, I'm done dressing in drag."  To be clear, I don't disagree that they needed a black female in the cast, but it was a case of too little, too late.

Point of all this is, I don't think that SNL is the funniest show on TV any more.  It used to be.

I love me some Robot Chicken - if the sketch isn't working, it'll be over in 45 seconds.  It's like Pee Wee's Playhouse, Plus SNL, plus meth.

I've mentioned I'm a fan of Key and Peele.  Their comedy is smart, and they play so many interesting, funny characters.  Kind of reminds me of the Tracey Ullman show in intelligence, versatility and tone.  I loved Tracey Ullman back in the day.  There's one in particular that I think about every time I'm in Zumba Class:


I am a fan of both Squidbillies and Venture Brothers on Adult Swim. 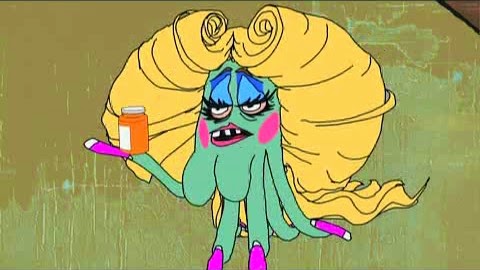 I still love Daily Show.   I loved Flight of the Conchords.

I really loved Mr. Show - and even watching it on DVD years later holds up.

Basically, I miss the old SNL of my youth.

I also miss my youth.  That might be the point.