on December 01, 2013
I sent the following to 60 of my favorite coworkers to let them know that Dipmas was still happening.
I am apparently wasting a lot of talent.  I just want to put that out there. 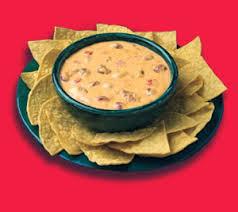 ‘Twas the end of the Quarter, and at 730 Cool Springs
The folks on the 4th floor were packing their things.
In bins pink and blue, neatly labeled and filled
Contents were moving, and everyone was thrilled.

The files were nestled all snug in their drawers
and piles of debris simply covered the floors.
Although we’re all happy to be leaving our curves,
The timing of it put our plans on a swerve.

For December means Dipmas
That’s twelve days of fun!
Now we’re starting to wonder…
Will we have time for just one?
Twelve days of pretzels and crackers and chips!
And twelve days of salty and savory, and dips!
How are we expected to concentrate on snacking?
When we’re all faced with Christmas, plus the stress of unpacking?

With a so little time, it’s gotta be quick,
But our people need Dipmas; Every Chase, Tom and Nick!
We all need the munching, the crunching, the chewing!
Eating dip with abandon, like we know what we’re doing.

Now Pringles! now, Ruffles! now, Triscuits and Fritos!
On, Wheat Thins! On, Cheez-Its!, On Lays, and Doritos!
If you want to stay healthy, dip veggies and fruit.
But we have to have Dipmas, because, man, it’s a hoot.

So we’re still having Dipmas,
But because we start late…
We’ll narrow it down.
From twelve days, to eight.

Let’s start it on Wednesday, 11th December.
And make Dipmas ‘13 a year to remember.
Bring your best and your tastiest to your floor – five or six.
Let the folks sitting near you get their mid-morning fix.

Since we start on Eleven
That ends it on Twenty
I know it’s not twelve days,
But eight should be plenty!
“So, how can I play?”, you may ask, with a grin.
Just whip of a batch of great dip, and bring it in.
And don’t be that person who just noshes, doesn’t bring.
We’re nice folks, but we do notice that kind of thing.

Since we have just eight days, we need a good plan.
If you want to throw in, don’t be shy – ‘cause you can!
Even though Dipmas’s growth is organic
We’ll put out a sign-up sheet for you, don’t panic!

Come over and check in near Services Profesh*
Simply write down your name on date that will mesh.
On the day that you pick, bring your hummus or queso
It’s fun and it’s tasty, just what we need, if I may say so.

So I’ll end this poem here, and get back to my work,
It was kind of long – please don’t think I’m a jerk.
I’ll get back to timesheets and training and packing.
Submit my expenses and basically stop slacking.

But it’s Dipmas, it’s happening; we need each little elf.
It’s not a holiday you can pull off all by yourself!
So come on and sign up, grab a pen, let ‘er rip.
Happy Christmas to all, and please – DON’T DOUBLE DIP!