Shout outs, instead of shouting.

on April 30, 2013
I had a frustrating day at work.  I think that's starting to be the same song played over and over again.  And not in an awesome way like Dave Clark Five's Bits and Pieces:


Although, after a fashion, I'm in pieces; bits and pieces.

I told my manager, well actually, my  new manager's boss - she was my boss until last week - that's another story though - anyway, I was telling her how I feel frustrated that nobody who can do anything to make our product better seems to want to help.  I'm ready to give up.

But enough of that.  Instead of shouting, I'm going to adopt an attitude of gratitude. And give a few shout outs:

Mad props to my dear, kind, wonderful friends in Maine who in less than a year have become a strong, sturdy branch on my family (of creation) tree.  I owe you all for the love and support you give me from miles and miles away.

I am grateful for my sweet co-workers here in Nashville who are the harmony to my incessant bass line.  It's a Music City thing.   If not for you, I would be in a rubber room, drooling.  I can't say enough to thank you for making Mondays tolerable, lunch hours fun, and take the relationship beyond 5PM.

To my BFF in the ATL - thanks for being a safe place to say things that to anyone else would sound mean, angry and sick.  And for validating them, diffusing them and rebranding them as hilarious.

I'd like to thank sugar for being my street-legal drug of choice.  See also; caffeine.

A shout out to my late beast, Lola.  You gave me fourteen great years, and though I'd selfishly like another fourteen, you did your best and gave me every bit of love you had in that tiny little body.

I'm grateful for this:

And for my friend Natae for posting it just when I needed it.

I'm glad to keep in touch with those near and dear via Facebook.  And I'm so glad to have Facebook as an outlet for my rants, raves and generally hilarious observation.

I'm also thankful for the interwebs,  because without it I'd never have "met" some really cool people who love to hate Funky Winkerbean as much as I do.  Chuck, I'm looking at you.

A quick shout out to the support rep at the cable company tonight, because he told me he's buying his wife shoes she's been wanting in an effort to get her to make his favorite special meal - fried chicken.

In case you thought romance was dead... 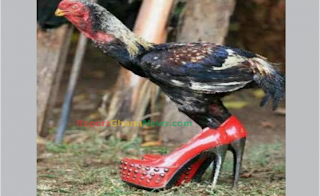