A, My Name is Allison

Algebra – The class I got Ds in during High School and had to drop because I was failing in College.  I was not meant to take Algebra.  I think my mind just has a block on it.

Advanced Placement Classes – I wasn’t smart in Algebra, but I did manage to make 4s on my AP English and 3s on History exams.  That was a long time ago, though.  I don’t remember much, except that Manifest Destiny was going west, young man.

Alligators – I love alligators.  I found a greeting card of an alligator riding a unicycle, wearing a party hat and holding a present – it’s framed and on my desk: 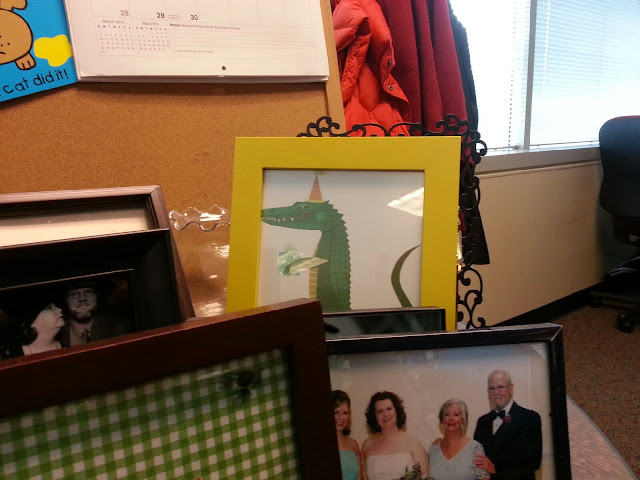 Atlanta, GA – The city of my birth.

Alpharetta, GA – The city where my first and second jobs were located.

Arrested Development – My favorite TV show ever.   I quote it constantly.  As a bonus, I’ve decided I want Alia Shawkat to play me in the movie of my life.

Asparagus – Sure, it makes my pee smell funny, but pee smells funny to start with, so… yeah.  The German word for it is Spargel.  And this time of year in Germany is known as Spargelzeit – they devote menus to it, publish special recipe magazines and so on.  I like the white phallic type as much as the green also phallic type.

Actually – I use this word too much.  And then I realize I’m doing it and try to stop, and it actually makes it worse.  See also: basically.

Awesome – I really use this word, along with amazing way, way too often.  I’m aware of it.  I’m working on it.

Antiques – Whenever I go into an antique store, I’m tempted to just start breaking things, knocking down shelves.  I’ve been told this is a compulsive thought.  Also, all antique shops smell the same.  Do you think they pump it in as a bottled scent?

Anxiety – My dreams are a clear indicator that I might be a little anxious.  It’s mitigated by Big Pharma.  Thanks, Big Pharma!

April – The month of my mother’s birthday and April Fool’s.  April’s named for Aphrodite, who goes to bed without a nightie.  Thanks, Willard Espy!

August – The month of my anniversary.  Peridot is the birthstone.  I’m jealous.  My birthstone is Opal.

Augusta, ME – Along with Atlanta, the other state capital that begins and ends with an A.  Thanks, Jeopardy!

Anonymous – Any meeting ending in this word is going to be awkward and suck. I’d go into more detail but that’s not really appropriate to the anonymity.

Argyle – A great pattern for socks and sweater vests.  There’s also an Argyle Avenue near my house.  It does not have a diamond pattern.

Always-Drunk.com – A blog you need to be reading.  Really.

Advertising – I took an Intro to Advertising class with Dr. Lee Wenthe in college – she was amazing.  I almost changed majors.  It was that good.  I was a little emotional back then – I remember her showing us a series of Budweiser Light ads from the 80s, all very patriotic themed, and I was sobbing quietly there in the dark lecture hall.  I was in therapy at the time.

A-List Preferred – The Holy Grail of Southwest Statuses.  I haven’t achieved it yet, but maybe this year.  Maybe.

Alcohol – I prefer Rum, Tequila and Vodka.  Ironically, my company has a servers named Tequila, Vodka and Absinthe.  They were named by a former CTO who liked alcohol  a lot.  A lot.

Antacids -  Tums, or their lesser Mexican Equivalent in fruit flavors, for preference.  Although the minty ones aren’t bad.

Archie McPhee – If you ever get to Seattle, you need to go here.  It’s beautiful and fun, and they have the Wallingford Beast.

Action Items  - Along with punch lists and follow-up calls, some of my weakest work-day activities.  QED.