Whatever became of Katie W?

So, Facebook has this neat little feature where it suggests people you might like to be friends with.  Sometimes, I just have to laugh.  Nope, not that guy - he dumped me then lied to his next girlfriend about things that happened when we dated.  They're married now.  On a foundation of lies.  LIES.

Tonight, a girl I went to middle school with came up.  As soon as I saw her name, I remembered a rhyme that some boys made up about her.  I've disguised her name to protect the innocent:

Heather Ferry
Pops her cherry
Every day of the week

Now, as an adult, with a better grasp of the mechanics and slang of sexual relations, I can rationally say, once she popped her cherry, it was popped.  So popping it every day of the week was out of the question, now wasn't it?

At the time, I don't think I even knew what popping one's cherry meant.  I was a little dumb.  I also thought a blow job was just fast sex.  A quickie.  I thought that til High School.

But then, I'm an idiot sometimes.  To be fair, though, I just two weeks ago explained to the VP of Sales what the song Afternoon Delight was about.  We were in a car when it came on the radio - it's not like I just walked into his office and said, "Hey, when Starland Vocal Band is talking about sky rockets in flight, they're referring to a nooner."  That would be an excellent way to get fired.  Hilarious, and excellent.


Anyway, that was a shitty thing for those guys to say about "Heather".  She's married - seems happy.  We weren't BFFs or anything.  She was very tall and pretty - I'm sure that's why they made up a rhyme about her.  I don't think she was promiscuous.

So, back when I was living in Atlanta, there was a park with a walking trail near my parents' house that I'd take Lola for walks on.  It passed by my old middle school, and on the fence right near one of the back entrances, someone had carved, "Katie W is a greasehead."  I often wondered about Katie and hoped she got the scalp treatment she required. 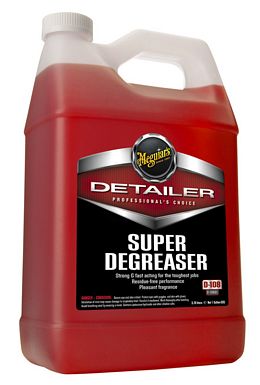 Kids are mean.  I got called Porky, and 'Fro Head.  Both true, incidentally...

There was a mean girl in my neighborhood who got into my head and made me feel "less than".   I avoided riding the bus whenever possible.

There was a kid in middle school who used to imitate me when I would stretch my jaw in class.  I don't know why - my jaw was tight, I felt the need to stretch it.  He thought that was worth making fun of.  I think it's because he had a small penis.

I don't think I was actively bullied, and for the most part, I didn't give a rat's ass what people thought of me.

So I survived.  And I wasn't a greasehead.  And I only popped my cherry once  - with that guy I mentioned in the first paragraph, who then lied about it to his next girlfriend.  Now wife.

And in August, when I have to face these people again at my 20 year reunion, I'm sure it'll be AWESOME.