But do you have any ice?

on February 20, 2013
When my father was a young man, he had a cousin, an affluent fellow, whose refrigerator had an automatic ice maker.

Keep in mind, Dad is 72.  So we can assume that was luxury at some point in his life - not a birth right.

My father decided that owning an ice maker would be the sign that he had made it in the world.

I've never known a time when Dad didn't have ready-made ice at his fingertips, so I'd say he made it, and made it early in life.

In fact, they bought a fridge recently that has a door dispenser of both crushed and cubed ice and filtered water.  Dad loves the damn thing.  He also recently had his shower refurbed with a built in bench.  Loves that too.  I'd say that crushed ice and hot showers are two of the things that get my Dad out of bed every day.  I don't mean that as a bad thing.  He's not a water sign.  I checked.

Where am I going with this?  Well... nowhere ice related.  We do not have an ice maker at the house.  We have trays we can fill... somewhere.  We never do.  No space in the freezer for them.  We buy ice for parties, otherwise, you're SOL.

Point being, to me that's a nice to have, but not a needs to have.

My benchmark that tells me I've made it?  I can have a pedicure pretty much whenever I want.

When I was single, and even when we first got married, I had to make them laaaaaaaaaaast.  I would get one every six weeks, only in the summer.  I got good at using polish that I owned, or a Sharpie or whatever to disguise chips.  I generally got the same color (OPI's I'm Not Really A Waitress") so that I could prolong my pedis.

Now, I get a different, fun, funky color every single time.  And if I need one two weeks after the last time I got one, I get a new one.

And here's why.  One, I wear sandals for work as much as possible in the summer.  They look good, they make my leg look longer, they keep my feet cool.

But if I'm going to do that, my heels need to be clean and unscaly, and I can't have funky chipped polish, or, heaven forbid, no polish.  Went without for a few days last summer, got the hairy eyeball from my former boss, who knows all about my pedi obsessions.  I was so shamed, I quickly slapped on some glitter polish over the offending toenails til I could get professional intervention.

The other reason I do it is because it feels good.   I like the attention, I like the esprit de corps of sitting at my pedi place with the other women (and increasingly men) who are doing a little something good for themselves.  I tip really well, and I believe that also means it's good for the economy.  And they're not just for summer any more.  Sometimes, even though my feet don't see light of day, I get them in the winter.

I go to this place called Venetian Nail Spa.  It's run like a foot factory on steroids.  They do good work.  There are a few others I'll hit up, but Venetian is really my go-to.  They have easily 40 pedi chairs, and I've never seen them not busy as fuck.

Point being, I've made it - I can get pedis on demand.

Although, at the moment, I sure could use some crushed ice. 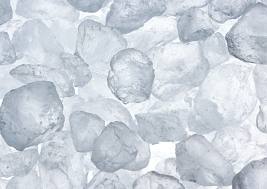