on March 17, 2010
Today is St. Patrick's Day. And while I am neither Irish nor Catholic, nor a reptiliphobe, I celebrate because I can (see also: Cinco de Mayo). I celebrated by wearing my four leaf clover necklace - a gift from my late Great-Aunt Rose. I made a cake for my team at work, and most importantly, I threw a Corned Beef Brisket in the Crock Pot with a bottle of beer and some carrots.

Back in my college years, the Phi Kappa Thetas, who lived across the street from us (the Sigma Kappas), painted their house green every St. Patrick's Day. A few days later, they painted it back to white. They called this event "Paint the Mother Green". While we were not friends with these boys, whom we called Phi Tools, I went over one year to assist with a few brushstrokes. I had been studying for a test at the time, I had on my slippers when I went over, and got some little spots of green on the soles of them. I lost those slippers while moving out of an old office. Don't ask. They weren't dear, but I miss them. Somewhere, I have a picture of me standing on the porch of the Phi Tool house from that night.

While on the memory of Sigma Kappa nostalgia, here's a not so pleasant jolt to my olfactory archives. When I was in my late teens and early twenties, we didn't have hand sanitizer. But we had germophobes just the same. And when you live in a sorority house, there are germs. It's a petri dish, and it cannot be helped. Several of the women in the house wielded Lysol and used it liberally, and unfortunately, my roommate was one. I had nothing against her, or her germ-fearing ways, but I hated the smell of Lysol, and it eventually just ended up making me angry every time I smelled it. Cut to present day. We have a manager, whose office is literally 11 steps from my curvicle, and he's phobic. So every day, he hoses down his space then walks out the door, leaving anyone who doesn't leave at 5 on the dot in his acrid wake. I've bitched to several colleagues. I'm tempted to leave a note on his Lysol can. But you can't mess with management. I could rub some raw chicken on his doorknob, though.

Lysol aside, the prevalent smell in the Snakey K house back in, let's say 1995, was Bath and Body Works' Sun Ripened Raspberry Body spray. My taste in perfume, even then, leaned toward Joy by Jean Patou and Calèche by Hermès . What can I say? The closest I come to wearing a fruity fragrance is Guerlain's Pampelune. And even that is a far cry from the lone raspberry that was briefly dunked into the vat of Sun Ripened Raspberry at the factory.

Anyway, I had/have snooty tastes - I recognize this. 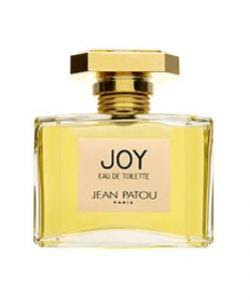 I also recognize that I have the same bottle of Calèche that I had in college, and only recently needed a new bottle of Joy, after using up the one my mother gave me at age 12. My sisters could run through a bottle of body spray in a month, and I think they might have. They still make it, by the way. Are you reading this, sisters?

So, that's what was on my mind today. Fascinating, I know.

PS - our pledge pin (sorry, badge) is why they call us Snakey K's: