Better than I deserve.

on December 28, 2009
It’s hard to believe that Christmas is over and that we’re barreling towards New Year’s. So long, aughts!

On the evening of the 23rd, Matt and I had an uneventful ride down to Georgia, save for a brief trip to Wendy's which was overrun by a large Mennonite family. We were greeted by parents and pugs, and eventually, we went to bed with visions of Sugarplums…

Christmas Eve morning, we had breakfast at the Southern Skillet – a Roswell tradition. The sliced tomatoes were excellent as usual. Matt took a bike ride, and I helped Mom and Dad with some cooking and prep. That afternoon, we went to a cocktail party thrown by Claire and Jim – some neighbors of my parents. When we got home, we found that some other neighbors, Scott and Robin, and their dog Ellie, had left the pugs a Christmas present. So Mom and fixed them a plate of cookies and we drove over to thank them. Robin and Ellie answered the door – Ellie is a Boston Terrier and I am IN LOVE. Mom, Robin, Scott and I shot the bull for awhile – they have a great house with lots of gorgeous décor- I could have stayed for hours. As it was though, we went home and had dinner. Chicken, potato salad, baked beans and crudités. Delicious. After we cleaned up, Matt took us on a drive to see the lights around town. We drove twice by what we call the “Crazy Lady’s House”. She decorates to the hilt on Easter, 4th of July, Halloween and Christmas – this year she didn’t disappoint. Lots of lights, lots of inflatables. Good stuff. 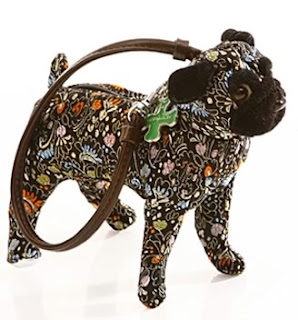 A pug wristlet from http://fuzzynation.com/.


As for dad, he loved the coffee and the Home Depot gift card (along with Matt and my promise of labor on a project in the mountains), but the real winner was the fun bandaids. 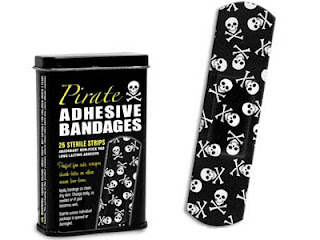 Matt liked his new wallet, and the REI Card, his new video game, and of course, the boxer shorts with tiny little bicycles on them.

As for me, I got quite a haul. Gift cards from Mom and Dad and Matt, new pajamas and a journal from the folks, some really good shampoo, some socks and the Glee soundtrack for my better half. Laura and Tom sent us a really nice throw for our couch and an engraved coffee scoop.

The dogs enjoyed their new toys, and although nobody won any money from the Lotto Scratch-offs that Lola gave out for Christmas, I’d have to say it was a success.

We spent the rest of the day relaxing, talking, napping. Around 3PM, we got onto Skype and talked with Tom, Laura and Henry – we lifted up the dogs so that Henry could see them all, and we even got to see Biscuit.

Dinner was our traditional spaghetti, and it was terrific. We watched some television, and Matt went to bed early, since he had big biking plans for the Silver Comet trail in the morning.

I heard Matt leave, but I rolled over and snoozed a little longer. Eventually, Mom, Dad and I got up, played with the dogs and had some breakfast. We decided to head to a furniture consignment shop in town that we really like. Sadly, they were a little picked over, so we decided to go kill some time at Queen of Hearts – a great antique store in Alpharetta. I saw a handful of things I wouldn’t mind owning, but nothing that I had to take home with me. We spent easily a few hours there, though – it’s huge an old A&P or Winn Dixie that was converted into stalls for dozens and dozens of dealers.

By then, it was time for lunch, and as luck would have it, a new French bakery had just opened in Roswell, and we headed there. The food was first rate. We had some killer sandwiches, and finished it up with pastries. I had a strawberry cake that was incredible, and Mom’s tiramisu was excellent. Dad had a pistachio macaroon, and it was so good, I got ten to take with us. I also bought two jars of the holiest of grails of mustard. Amora. It’s the best mustard in the world and it is very, very, very hard to find in the states. I gave Dad one jar and kept the other for me and Matt.

When we got home, we started watching some television – this fascinating historical/genealogical study of prominent African Americans on PBS. I don’t usually like Oprah Winfrey, but her narrative was definitely compelling.

When Matt got home, he was beat and had some interesting stories to tell about his day. After he got a hot shower, we all went to take Dad for his birthday dinner (one day early so that we could be there). Dad’s choice was India Chef, which is probably my favorite Indian ever. And we all know, I do love some Indian food. We ate, drank (tea) and were merry. We especially enjoyed the musical stylings of the keyboardist at the front of the restaurant. Songs included “If I Only Had a Brain” and “Amazing Grace”. Odd, but great.

Yesterday, we had a nice brunch, Matt went over to the bike shop, and eventually, we headed west on I-24.

I miss my parents, I miss the pugs. I miss the lazy laidback schedule.

Three days in the salt mines, then I’ll kick it old school for the New Year.