Bring Your Turkey To Worky 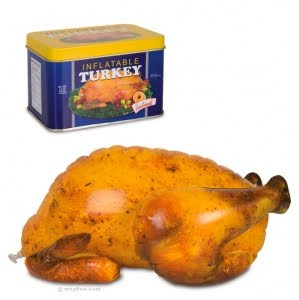 So we got the word this morning that they’re throwing a pre-Thanksgiving Potluck next Friday here at the office. After brief consideration, I headed to the breakroom and made my mark on the signup sheets. I’ll be bringing chocolate chess pie. I was the first dessert to sign up. Good for me. Looks like so far, there’ll be another pie of some kind, a pumpkin roll, and carrot cake. As far as “real” food goes, we’re looking at dressing, corn pudding, green beans (“not casserole”, notes the bringer on the list), deviled eggs, Mexican cornbread, rolls, Hashbrown Casserole, Cheesy Potato Casserole, congealed salad (that one made my Southern heart leap), and then the company is bringing in turkey and ham.

Basically, I have learned is that we are a company of carb lovers. And fat, and probably cheese. These are good and noble things.

It’s also exciting to see what other people think of when they think Thanksgiving. For example, the woman making dressing uses cream of celery soup… and no sage. And while I don’t think of deviled eggs when I think of Thanksgiving, I love them anyway (no Miracle Whip, please). In theory, I could use this as a testing stage to throw out a few of my weirder test recipes – curried sweet potatoes, anyone? But I want to be loved, so chocolate dessert it is!

Most of the signers-up were female, as of around noon today – so we’ll see if the guys bring it. One male colleague told me he would sign up for whatever his wife told him she would make. Nice. Men! Hmmph!

If I had the mad skills, I’d cook up a mess of greens. I love greens. I could make a meal of greens and cornbread.

And since Matt works late tonight, maybe I should…

That or, you know, a Lean Cuisine.

Can’t blow all my skills before next Friday.
carbohydrates cooking food fun work