on October 14, 2009
So I went down to the ATL last weekend for a baby shower at my parents' house. My mother and a few of the neighbors threw a shower for Amanda - a friend and neighbor I've known since...forever.

The shower was lovely. I had a small scale anxiety episode, and rather than talk to people, I spent the first hour taking pictures of the food and decor. To wit: 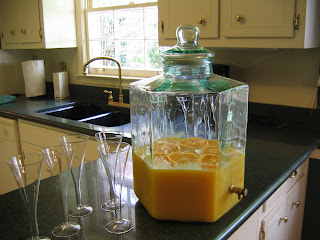 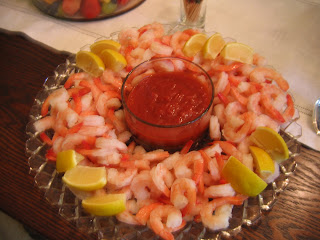 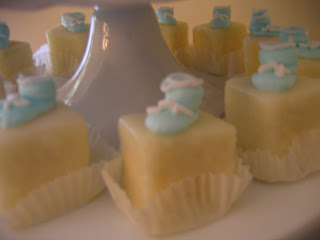 Hard to say why I wasn't feeling it, but I'm sure it's that I don't have any way to relate to motherhood, and I felt like I had snuck into Costco without a card, and was just waiting to get kicked out.
As the party broke up, I hightailed it to PetSmart to snag the pugs from their day at the "spa" - our way of removing them from the party and preventing any molestation of innocent guests. Shortly after they got home, The Dude lifted a leg on Henry's toy crate. I laughed because it reminded me of the fact that The Big Lebowski kicks off with a "Chinaman" peeing on The Dude's rug. Laura was less than amused. She washed out the crate and cleaned the toys. Here they are chilling out waiting to dry. 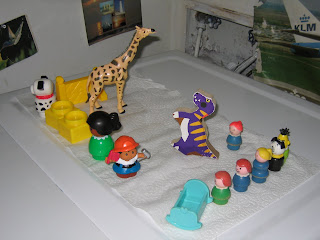 It made me laugh. Sort of a Nativity of the Damned or AA Meeting of Misfit Toys.
It's all good - and hopefully some day we can all look back on this and laaaaugh!
anxiety Family party pugs shy