News, Gossip and Weather on the Eights!

on June 03, 2009
I stopped off at the grocery store this AM, and golly, what a mistake that was. For those of you who are not Kroger aficionados, Wednesday is Senior Citizens Day. Even my father, who is a Senior, hates shopping on Seniors Wednesday. They had 2 lanes open, plus self-checkout. The only thing more painful than having to self-check is watching an oldster trying to self check. These are people who remember the Roosevelt Administration. TEDDY Roosevelt.

Ok, I kid – and eventually, I did get out of there - after striking up a conversation with the woman behind me about iced tea, misbehaving spouses/boyfriends and being impatient. You know me – I’ve never met a stranger. I truly am my Father’s daughter.

Let me state for the record, I absolutely do not care about Jon, Kate or any of their eight kids. Well, ok - I feel a little sorry for the kids. But that’s where I draw the line. I think having eight kids is GREEDY. I mean, the planet is small, you already had two kids – why fill yourself full of fertility drugs and pop out a litter that would make a bluetick hound blush? And think of all the garbage you’re creating and filling the landfills with. Way to go! And now, I hear that the Octomom is speaking out against them. Um, yeah – maybe she’d better just shut up and walk away quietly.

My much loved Aunt-in-Law, Flora, is headed to Chattanooga today for a hip replacement. She had a tough time moving around at the lake, and thought they wouldn’t be able to schedule her before October – so this is a welcome surprise. As much as you can be excited about hip surgery, we are.

Conan O’Brien. Oh, Conan! Matt recorded last night’s show and we watched while getting ready for work this morning. There is something about him that is just so charming – he did this cute bit about his new Driver’s License photo and the one he had in New York. Adorable. Also, welcome back Andy Richter. Last night they did an interview with Tom Hanks, wherein he imitated working for Ron Howard mercilessly. Then, the prop people mauled him with a fake meteor. It’s funnier than it sounds. Even better than that though, was a bit Conan did about Twitter, Tweets, and the Tweet of the Week. It had a great announcer, hilarious graphics, and a nice send up of the whole Twitter phenomenon. It can be viewed here:

So, Rebecca Rubin, the Jewish American Girl doll was released yesterday. I am so excited. I want to by her and all of her cool accessories: 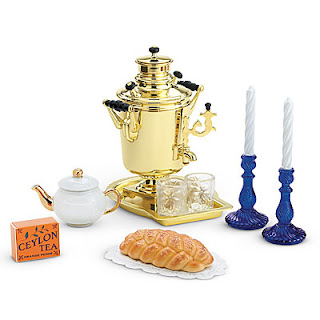 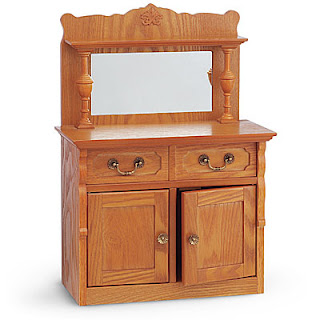 I’m sure Matt would appreciate me developing a doll habit. Plus, if I am going to buy furniture and accessories, they should be for us. First on my list – we need to do something about the bed in the ground floor bedroom – maybe we could build a platform like the one upstairs. Or something from Ikea. We also desperately need to pull the carpet out of that room and replace it with ANYTHING. My first choice would be bamboo. Maybe I should call Empire – 800-588-2300, Empire!

That’s enough for now, I think.