Have You Hugged Mr. Stripey Today?

on May 18, 2009
You know how I did that outrageously hard Zumba class on Saturday? Well, I spent most of Sunday sore as living hell, and honestly, I’m STILL hurting a little.

Too bad, though because tonight, we do it again. This class should be a little lower in impact. Sarah hasn’t quite gotten into her groove yet, and I’ll be honest, it’s not just tons of fun. But she’s a good kid, and she deserves a little show of support. Plus, I think I may want to introduce her to one of my bachelor friends. Hmmm. Still, I miss Cacilda.

Even better, tonight’s the season finale of my favorite TV Show – How I Met Your Mother. Ok, so it’s not exactly high-brow or educational, but I am really into the show. It’s just a part of the Allison Landscape. Since I have gotten into Zumba, I’ve been recording it and watching it when I get home. So yes, I love the show and wouldn’t miss it, but I do have the perspective enough to go work out FIRST.

The garden is IN! Matt tilled and I planted yesterday afternoon – it was chilly out, especially this late in May, but we put in two habanero plants, two jalapeno plants, one Italian Roasting Pepper plant, one Red Chile, and one pepper plant with the delightful name Holy Mole! We also decided, what the hell, to put in two tomato plants. Better Boys. I keep hoping I’ll get decent with tomatoes and that one year, I can plant a Mr. Stripey. 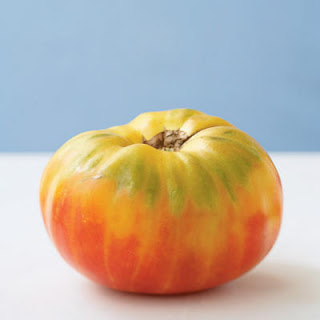 The name alone just makes me want to hug the damn thing. There were birds all in the garden last night delighted in the smorgasbord of worms we unearthed for them. I also roughed up some Morning Glory seeds and put them in planters. You see, the shell on them is very hard - and if you either soak them overnight in water, or nick them with a knife or rough them with a little sandpaper, they tend to germinate more effectively. Stick with me, kids, you’ll learn all kinds of crazy shit.

PS - I have room for two more pepper plants. Since the habaneros I bought yesterday are the red ones, I need some orange ones. I have to defend my rightful place among the jelly-makers of Tennessee.
diet food garden television tv