on May 19, 2009
I am so frustrated tonight. We ended up doing a lot of running around - and it was sound and fury, signifying nothing. Which I think I actually knew going into it, but just wasn't willing to admit.


So, Matt's on a bike ride. I ended up skipping bellydancing to take care of business, and now it's late, we ate a weird dinner - foraging in the fridge for whatever, and I want something sweet in the worst way.


I know I'm not hungry, I'm angry - and since both words end in -gry, I tend to confuse them far too often.


They say you shouldn't eat your feelings, but right now, if ice cream could wipe out my feelings, I'd sprint to Sonic for anything I could get my hands on.


Instead, I think I'll start some laundry.


I bought a bathing suit today, and ice cream won't do much to improve my poolside preparedness. 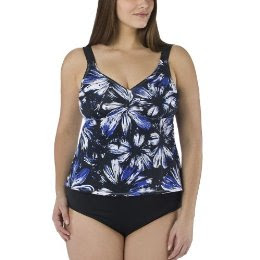 What do you think? I also bought a pair of "board shorts" to cover my assets, so to speak. By the way, that's not me in the picture. For one, I have a full head. For two, I am not a model for Target.com.

I guess that's it - since it's hard to type with a banana split in your hands, I guess I could use blogging as a food avoidance tactic.

Unknown said…
I was so hungry for sweets last night I thought I was going to lose my mind! I ended up buying some 100 calorie Nutty Bars and ate two of them and a DCF coke - I felt much better and still stayed within my points. I may have to forgo beer this weekend though - I don't know if the extra calories are worth it...

Alex said…
Both of you girls should try and control your wild-swinging sugar levels. I suggest healthy eating, lots of drinking, and, most importantly, eating often (every 2 hours, such as breakfast, snack, lunch, snack, dinner, snack) - helps. Seriously. This P90X diet, for example - awesome, don't want any sweets at all. Which is weird for me since I used to have a constant dark chocolate presence in my fridge.
May 22, 2009 at 11:12 AM